What good is being Secretary of Destroying the Environment if you can't use your position to advance your own interests?

In just five months this winter, the McCrory administration rewrote those [river and stream buffer] rules with the help of private companies that had a financial stake in the outcome – including the company where state Department of Environment and Natural Resources Secretary John Skvarla once worked.

Yes, five years in the making, river and stream buffer rules were protecting our water quality. John Skvarla and DAG McCrony weren't about to stand for that. So they got a group of 7 people together and rewrote the rules in secret. In case you were wondering whether the 7 people consisted entirely of environmental exploitation profiteers and industry-biased government employees, the answer is (SURPRISE!) yes.

The stakeholders who were involved were representatives of three mitigation banking firms – companies that help developers offset environmental damage by restoring or enhancing land elsewhere through the use of credits: [Skvarla's] Restoration Systems, Wildlands Engineering and Environmental Banc & Exchange.
...
Also in the group was PCS Phosphate, a mining company, two representatives from DENR and an official with the state Department of Transportation.

These proposed new regulations, set to be passed by the NC House, at least went out for public review, right? Hahaha, no, remember that we're dealing with the McCronies.

“I didn’t even know they had met or issued a report,” said Heather Jacobs Deck, riverkeeper with the Pamlico-Tar River Foundation, who was involved with the original rules. “That was a shock. We had no idea."

The public trough feeders assure us that the changes are only technical. So what's the net effect of these changes?

The new rules give mitigation companies [like Skvarla's] new ways to make money.

It seems that the feds who empaneled a grand jury to investigate DENR's coziness with industry might want to have a look into this matter. Assuming they're wearing sufficient protection from the slime, of course.

Well, it seems that if you can get just a few interested parties to write some letters, you can put the wheels of government in motion.

Under state law, if 10 or more people object to a Rules Review Commission decision, the legislature has to make the final call or let the rules go into effect.

A homebuilders association in Wake County, a real estate and building coalition in the Triad, a mitigation banking company, an engineer who does wetlands projects and at least three DENR officials writing as private citizens – including [Michael] Ellison – were among those who wrote letters objecting to the rules.

See, Mr. Ellison works for DENR and he was one of the 7 people who rewrote the rules in secret to help line his boss's pockets.

That reeks of the stink of conflict of interest. I've gotta agree with Mary Mclean Asbill of the Southern Poverty Law Center:

“That’s a messed-up process,” she said. “That’s not the way rules are done in North Carolina.” 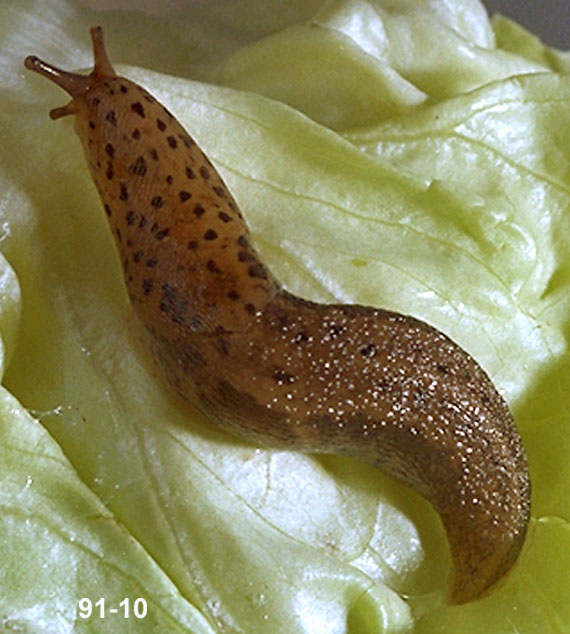 We slugs do not appreciate being insulted in this way.

Please forgive us. In a fit of frenzy and disgust with John Skvarla, we inappropriately used the likeness of one of your community members. Our most sincere apologies.

Skvarla's trail of slime was enough to grease the skids for this bill to pass.

The General Assembly on Wednesday agreed to replace rules that protect North Carolina’s rivers and streams with new regulations written by a small group of industry insiders and regulators.

The revision, orchestrated by the state Department of Environment and Natural Resources, unraveled nearly five years of work by a variety of stakeholders to come up with rules adopted by two state commissions.

The rules changes themselves were not huge, but the process used to create them stinks of corruption.

"This is the first time we have ever heard of DENR staff writing letters of objection to rules their program actually helped develop,” [state Sierra Club director Molly] Diggins said.
...
Rep. Rick Glazier, a Democrat from Fayetteville, said, “It’s not a stakeholders meeting; it’s a cabal.” That sentiment was echoed by Rep. Grier Martin, a Democrat from Raleigh, who said the process was “the proverbial smoke-filled room” and would undermine public confidence in state government.

“The DENR secretary has said he wants to be customer-friendly,” Martin said. “I think the public is concerned about exactly who he means as customers. In the end, it looks like he means private customers.”

Michael Ellison and the other DENR employees who wrote letters of complaint about their own rules, so that they could have the opportunity to rewrite those rules in secret, were "ostensibly acting as private citizens". Given their dereliction of duty as public servants, perhaps they need to go back to being full-time private citizens.