Here is your roundup for the eve of the Nevada Caucuses. Scroll to the bottom and head on over to My Silver State for some excellent and balanced (they actually admit John Edwards exists) coverage of the top three Democratic candidates.

The writers at the state blogs are working hard to bring us the latest on the Dem congressional candidates. Check them out, especially if you live in a very red district and need a Democrat to adopt.

Arnold Schwarzenegger tries to slowly bleed the state's high speed rail so that it doesn't get built.

NC-03 candidate Marshall Adame is receiving hate mail from BLACKWATER supporters in his district. A good sign for Democrats that Marshall is on the right side of the issue.

Texas' youngest DNC member suggests that his spot be kept as a 'youth seat' when elected at this summer's state convention.

Why did West Virginia state supreme court judge Elliott Maynard happen to have lunch and dinner and dinner and lunch in Monaco with coal magnate and serial plaintiff Don Blankenship?

The always exciting New Mexico Legislative Session kicked off this week with the emphasis on universal healthcare, ethics reform and energy policy. And even a bit of domestic partnership.

Compendium of posts covering the Michigan primary and after-analysis

desmoinesdem makes the case for Ed Fallon for Congress.

Mitch McConnell is askeert of a 12-year old girl in Paducah. So askeert that he has apparently threatened to withold funds from their city. Ice cube millionaire Greg Fischer announces for Senate, and the KY grassroots/netroots yawns.

Congressional Quarterly's 2007 results are in. Ben Nelson's 69.8% party loyalty is the lowest of any Democratic Senator but is a far better representation of Nebraska voters than Rep. Adrian Smith's unthinking and embarrassing 98% loyalty to his Republican masters.

Rep. Richard Baker resigns, and in the process, opens up LA-06 for the first time since 1986. Plumbing the depths of ol' conservative standby Louis "Woody" Jenkins belief system ... and this is likely to go on for some time, as he just announced his candidacy for LA-06. Meanwhile, in the other special election (LA-01), the Ponchatoula Times endorses Dr. Gilda Reed! And finally, our new Governor, the Ethics Champion, cuts his staff a break on ethics ...

Rep. Mark Souder (IN-3) really, really wants to be friends with lobbyists. This week finds that friendship taking a bizarre (but not unexpected) turn.

Goings-on in the Minnesota Senate race, as well as more dumb quotes from the Heir to Katherine Harris, our very own Michele Bachmann.

Arizona
Bob Lord, the man who is going to retire John Shadegg, has his best fundraising quarter ever.

At Square State they have an in-depth interview with Will Shafroth, one of three candidates vying for the nomination in CD2.

Jim Himes is making every dollar count while Chris Shays burns through his war chest.

Tom Feeney has a fight on his hands in Florida's 24th Congressional District as Kosmas (D) tops Feeney's best fundraising quarter in his career.

Idaho and the politics of sex.

At Prairie State Blue they're celebrating having two CDs in early Red to Blue fundraising efforst with the DCCC.

Maine
At Turn Maine Blue they're discussing how to entice healthcare workers to work in rural areas.

At Blue Mass Group they seem to have had enough of Mitt Romney, but enjoy when Romney gets caught lying.

My Silver State has done an excellent job of providing balanced coverage of the Edwards, Clinton and Obama campaigns.

Who is Ernie Holmes?

He's one of these guys. Actually, they are new pics of his second inauguration. Tip of the hat to The Left Coaster. 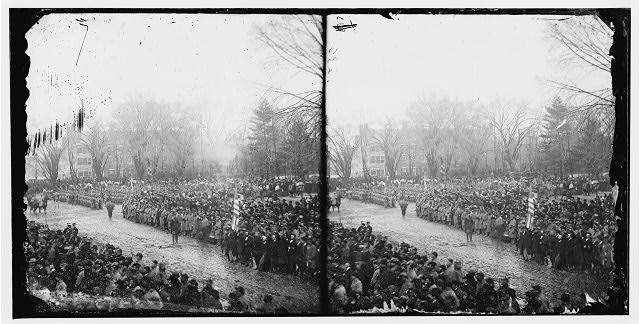