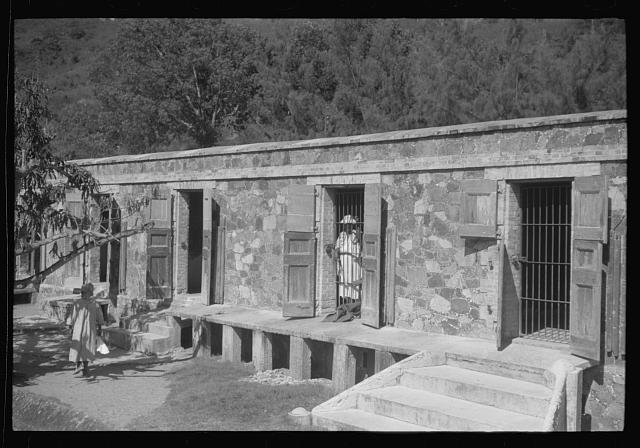 The underlying theme is this: mental health still has a stigma attached to it, which hurts each and every one of us in some way.

Nationwide, we find that our soldiers returning home from Iraq are not having their mental health issues addressed, but someone wants to change that.

Over at the Iraq and Afghanistan Veterans of America website there is information on a bill introduced by Olympia Snowe (R-ME) and Barack Obama (D-IL) which will establish manadatory mental health screenings for veterans returning from Iraq/Afghanistan.

Statewide, we find that the solution to mental health problems in our population, is to ignore them.

Limited resources and concerns over quality of care and safety have prompted N.C. mental health officials to place a cap on psychiatric hospital admissions. The cap will prevent facilities from accepting transfers from community hospitals when the short-term wards at the psychiatric hospitals are at more than 110 percent capacity.

While the motive behind the cap is to provide better care by admitting fewer patients, the cap gambles with the fate of those turned away without resources to seek help elsewhere.

Locally, we see that the funding is just A LITTLE bit lower than it needs to be.

In a report filed by the commission's consultant, many problems were highlighted, including a lack of funding. According to the report, the state needs to allocate $2.7 billion to the mental health system in order to meet all needs. This year, more than $7 million will come from state and federal funding. The increase in funding for this fiscal year equates to a little more than $100,000.

From top to bottom, we've let mental health be something we are ashamed of, something we've hidden in the closet or in the basement. Now, that philosophy is coming home to roost, because just as we've come to realize and accept that Alzheimer's is a genetic disease and not just some crazy old coot, just as we've come to accept that autism is caused by genes and the environment, and not by "cold" parenting, we're now coming to realize that Schizophrenia, Depression, Anxiety, and Phobias are caused by genes too. Now, we as a society are much less willing to throw someone out on the streets because they have these problems. We still do, but we don't feel so garsh-darn-superior about it anymore, knowing that "There, but by the grace of good genetics and parenting, go I". Heck, I don't mind you throwing God in there as the "dad" behind genetics either. Whatever. What matters is that we're coming to this realization, now we just have to do something about it.

Unfortunately, not everyone is so understanding. The mental health legislation that will come out this year will NOT include substance abuse treatment. Why? Well, because substance abuse is obviously a sign of evil and weakness. Nevermind that in 2002 over 4 million adults met the criteria for both substance abuse AND serious mental illness, and that many of those people "self-medicate" with illicit drugs.

It's time to fight for mental health parity.

Related to Anglico's idea that we "sanctify" marriage by putting Amendments in the "Family Marriage Act" that you can't get divorced, that adultery is punishable by imprisonment, etc., I would like to suggest that we lay out what mental health parity really means.

Every Congressmen/legislator must have someone in their family who has:

The prevalence rates are just too high for them NOT to be personally affected by these disorders. So, I say we make it all or none. A bill in the US and NC Houses which states that these are "mental disorders" as defined by the NIH, and as such will either all be covered by insurance companies the same way a broken bone or a heart attack would be covered, OR, none of them will be covered. At all. Not one red cent.

Lastly, I'd like to ask each and every one of you that cares about mental health parity to read this diary and send a quick email to the legislature.

"Whereas North Carolina is 50th in the nation in per capita mental health spending.

Whereas North Carolina is seeking to further cut funding for mental health services.

Whereas there are not enough psychiatric hospital beds to meet the need.

Whereas too many individuals and families lack mental health benefits on their insurance plans.

Whereas a hired consultant recommended over $2.5 billion dollars in improvements to our state's mental health system over ten years to meet the needs of our citizens.

Whereas many Local Management Entities are mismanaged and poorly run.

Whereas large providers have gone bankrupt due to cuts in funding and obstacles to reimbursement.

As a mental health provider, I see the state's "slow-bleed" strategy at work every day. I don't blog on this issue very often, preferring to separate my work life and blogging life, so thanks, Robert, for shining the bright light of your due diligence on the matter.

From the Liddy Dole page at EmpoweringVeterans.org

Obviously, our public mental health services are going to be shouldering the burden of providing for Iraq and Afghan war veterans. Or, they'll be living and dying on the streets like so many Viet Nam Vets.

Nice to see how we "honor" the brave men and women who fight and die for us. Let's make mental health services (for vets and anyone else) the most predominant "family values" issue.

“All the world's a stage,
And all the men and women merely players.” So enjoy the drama.