If this is what they call "success," one would hate to see them fail:

Since the operation began on May 6, approximately 2,500 tons of coal ash and river sediment have been removed from this location. Crews and equipment were staged at Abreu-Grogan Park in Danville for the past three months.

The company previously completed removal of ash and sediment from water treatment facilities in Danville and South Boston, as well as from locations in the river at the Dan River Steam Station and Town Creek, two miles downstream from the plant. More than 500 tons of coal ash and river sediment were removed from these areas.

Do the math. A low-end estimate on the spill had some 39,000 tons of ash released, and this combined 3,000 tons removed included an unknown quantity of non-ash sediment. What's left in the river could be closer to 95%. And the General Assembly wants to give Duke Energy "more flexibility" in the cleanup/relocation of all the other coal ash ponds?

Maybe the the feds will step in and smack DENR down.

PS They sure got their money's worth from the MSM headline writers today.

instead of failing miserably at their promise to clean up the spill.

p.s. You may have noticed I linked to an article in "Dredging Today." That generated so many "how" "why" "who" "when" "where" "what" questions in my mind I don't even know where to start. ;)

of how Duke wants to approach "cleanup" and how the NC GOP will let them get away with doing almost nothing, and taking their good old time to boot. Then they all stand up together and congratulate themselves on what a great job they've done. 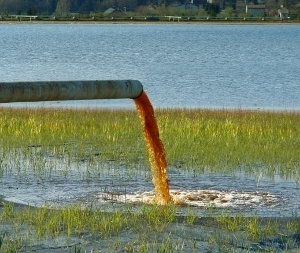